Phytochemicals are non-nutritive plant chemicals that are a plant's way of protecting itself. Some are responsible for color and other organoleptic properties. They are not essential nutrients, but they have the ability to alter body processes and protect against heart disease, cancer, and many other chronic diseases. There are more than thousand known phytochemicals include carotenoids, catechins, chlorophyll, and phycocyanin.

How do phytochemicals work?

Phytochemicals act in several ways:
(1) scavenge free radicals directly and disarm them.
(2) support the body in the supplying of a strong nutritional base which assists in the detoxification process.
(3) inhibit the expression of unhealthy changes in cells and to block the reproduction of unhealthy cells.
(4) boost the production of various enzymes that are involved in DNA repair. 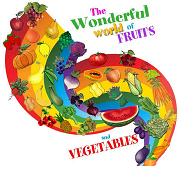 Since the passage of the Dietary Supplement Health and Education Act (DSHEA) in the United States in 1994, a growing number of phytochemicals are being sold as dietary supplements.

Many of the phytochemicals are sensitive to heat. In general, the more richly colored and the more deeply pigmented a food is, the more protective phytochemicals the food contains. Chlorella and Spirulina are known to be rich source of phytochemicals. You don’t need to heat them, just absorb the nutrition directly.

Microalgae are rich in various forms of phytochemicals!

1. Reduce the generation of free radicals in the retinal pigment epithelium and choroid.
2. Protect the muscles of the eye from light-induced oxidative damage; help prevent macular degeneration (AMD) and developing cataracts.

Beta-carotene has powerful antioxidant functions, it helps the body scavenge free radicals, thereby limiting the damage to cell membranes, DNA and protein structures in the cell.

2. Mitigating the cellular damage that leads to degenerative disease.

Beta-carotene is a protector of the cells while slowing the aging process.

1. Help with anemia.
Can increase the quality and quantity of your red blood cells, and result in better oxygen transportation.

2. A powerful antioxidant, can

3. Eliminates body odor and bad breath as a natural deodorizer.

4. A promoter of good digestive function, it can clean the digestive tract.

Increase the expression of essential enzymes and biochemicals related to the balanced function of liver and kidney. This further leads to the detoxification.

Scavenge alkoxy, hydroxyl and peroxyl radicals and to react with peroxinitrite (ONOO-) and hypochlorous acid (HOCl).

5. Help ward off the effects of bad cholesterol, and keep arteries clean.

Chlorella and Spirulina are rich in carotenoids that include chlorophyll, phycocyanin, beta-carotene, lutein, and zeaxanthin. Mixture of these carotenoids are more effective than any one of the individual xanthophylls at the same total concentration!