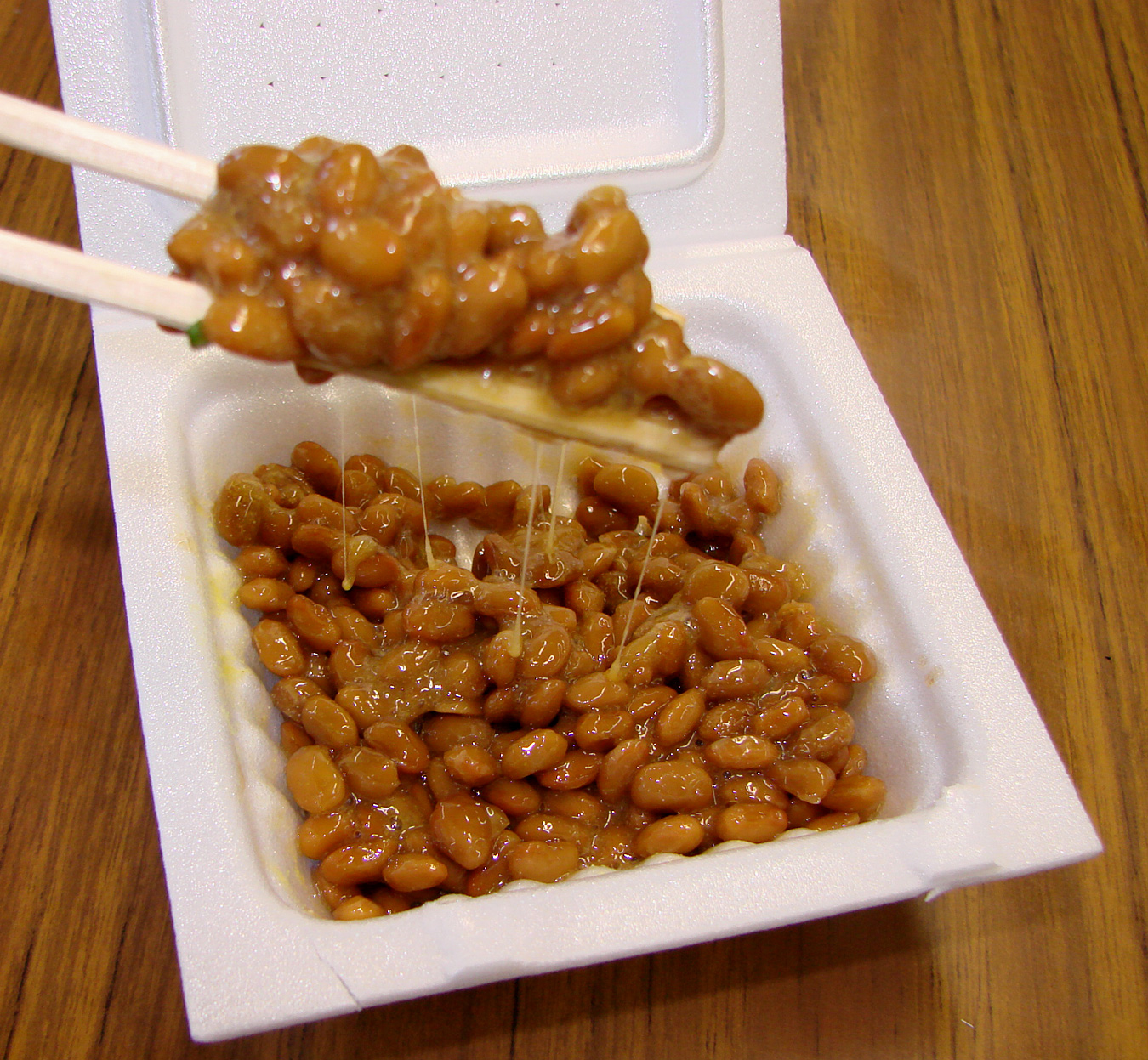 It is slowly reaching the season of autumn, where temperature difference between night and day is clearly noticeable. This may cause vasoconstriction which may lead to cardiovascular diseases. According to a British research, cardiovascular diseases have a 25% higher percentage of occurring in autumn than in any other seasons. Low temperature may cause instability in the blood vessels, high blood pressure, poor blood circulation and other physiological changes. Coupled with over-eating and lack of exercising lifestyles during cold weathers. In addition, people who suffer from high blood pressure, hyperlipidemia, diabetes, smoking, obesity, and lack of exercise may have a higher risk to cardiovascular diseases.

For cardiovascular health care, health care experts recommend supplements such as nattokinase, red yeast rice, coenzyme Q10 and astaxanthin, these have been reported to be very beneficial for cardiovascular care. Therefore, FEBICO has developed a formulated supplement using red yeast rice and natto, specifically aimed at providing cardiovascular care. The formula consists of the 4 above-mentioned ingredients from healthcare professionals, with each capsule containing a high and pure concentrate of 2000 F.U Nattokinase.

(Nattokinase)
The Japanese have been using Natto for thousands of years, and has become a widely used ingredient or food to prevent cardiovascular diseases. The longevity health secret comes from the sticky material on the surface of the natto, which contains a physiologically active substance-Nattokinase. Nattokinase is very effective in dissolving fibrinogen, helps improve the body's natural clotting against thrombosis, and the ability to dissolve blood clots. Consequently, it is often used in the prevention of cerebral infarction, strokes, and myocardial infarction. It frequently supplements, regulates physiological functions, enabling smooth circulation and maintaining good health.

Red Yeast Rice
Ancestors of modern China discovered thousands of years ago the special characteristic of the red yeast rice. It has a bright color, a pleasant aroma, the ability to adjust physiological characteristics, and has been regarded as an excellent supplement since ancient times. Red Yeast rice produces many precious active ingredients during fermentation, such as: Monacolin L, GABA, and anti-oxidant substances. Studies show that Monacolin K is a cholesterol inhibitor, and can inhibit the synthesis of cholesterol, at the same time it can lower low-density lipoprotein (LDL), and increase high-density lipoprotein (HDL), therefore has lipid-lowering effect.

Astaxanthin
Astaxanthin is an ingredient extracted from red algae. It is a type of carotenoid, and a natural antioxidant. Its antioxidant ability is equal to 550 times of Vitamin E; therefore astaxanthin is also called “Super Vitamin E”. It has the ability to protect vascular endothelial cells, avoid damage from free radicals, and prevent arteriosclerosis and other cardiovascular diseases from occurring.

Coenzyme Q10
Coenzyme Q10 is one of the important factors of maintaining vitality and youth. The main function of this substance is its participation in the production of energy; it can also inhibit the production of free radicals, reducing free radical damage. The body's organs all contain Q10, especially in organs that use a lot of energy, such as the heart, kidney, and liver. As the body gets older, the amount of Coenzyme Q10 gradually reduces, breathing may also cause consumption of Q10, especially after the age of 40, the Q10 amount in the heart is reduced to about 30%. Therefore, the body needs sufficient supplements of Q10 to help resist free radicals so that the heart can regain its lively function.

Monitor Your Own Health Status, Do You Have The Following Symptoms?

If you come across 3 or more of the above symptoms, then please beware and pay more attention to your health, because you may have become a victim of cardiovascular disease.

What is Cardiovascular Disease?

Cardiovascular disease is a general term for heart and vascular diseases, and happens most commonly due to high blood pressure and atherosclerosis. Normal blood vessel walls are not swollen, and allow continuous flow. Plague normally happens when the vessel walls become swollen from residue created from smooth muscle cells, fibrous protein, fat, and cell debris composition. Thrombus normally occurs around plagued areas which is created from bleeding, decaying and calcification which results in vascular occlusion and high blood pressure.

Nattokinase
The Japanese secret to longevity for health. Nattokinase contains a strong fibrinolytic(Fibrin) the ability to help fight blood clots and thrombolysis, which is often used in the prevention of cerebral infarction, stroke, and myocardial infarction. One FEBICO® Natto Complex capsule contains up to 2000FU active ingredient, effectively preventing thrombosis and providing smooth circulation.

Red Yeast Rice
The Chinese first discovered the special effects of the red yeast rice. During fermentation of the red yeast rice, it creates many valuable active ingredients such as: monacolin K, y-amino butyric acid (GABA), and antioxidant substances. Monacolin K has been discovered as a cholesterol inhibitor, and can effectively inhibit the synthesis of cholesterol, while lowering low-density lipoprotein (LDL) and raising high-density lipoprotein (HDL), therefore providing a lipid lowering effect. In FEBICO's Natto Complex, each capsule contains 2.5mg of active monacolin K, helping users to lower cholesterol and reducing the percentage of cardiovascular diseases.

Coenzyme Q10
Co-Q10 is a critical energy-generating enzyme for the heart, it can lower the chance of getting cardiovascular disease. It's anti-oxidation power = 40 times more effective than Vitamin E. Through age, the amount of Coenzyme Q10 produced by our bodies become less and less, especially after the age of 40, the Q10 in the heart is reduced to a third of its original amount. Therefore, a constant supplement of Coenzyme Q10 is required to revive the activeness of the heart.

Long work hours, too much pressure, and not getting your fix of exercise, are all strong causes for high metabolic disorders. Many young men and women were found to have around 140 to 150 milligrams of mercury in their bodies. People’s cholesterol rises when they are under too much pressure and as a result, their uric acid and triglycerides go up too. People of the working class should get blood checks regularly and women should also get tests for anemia. Staying up late, drinking, and smoking are also reasons for why triglycerides can go up.

The parameters for metabolic syndrome are central obesity, triglyceride, HDL-C, blood pressure, and fasting plasma glucose. 25% of the U.S. population is at risk for developing cardiovascular diseases. Men that are at least forty years old need to start paying attention to their cardiovascular health, whether the nature of their job requires them to run around closing sales or sitting at their office all day. They need to start taking heed of their liver, gallbladder, and kidney by getting ultrasound tests regularly. People now have more irregularities when it comes to hormones and thyroids because of their busy work schedules. Doctors say men in their thirties should get thyroid function tests and check for Hepatitis B and C.

The chances of getting high cholesterol is increasing because people nowadays do not really pay attention to what they eat and drink, which in turn will cause people to get high metabolic disorders or cancer. Uric acid and strokes are closely related while blood levels and vascular disease also have a close relationship. Some people even think that slim people will not be at risk for high cholesterol, which is a big misconception.

For men that are soon becoming middle-aged or already are, their strength and endurance is challenged under the pressure of being the breadwinner. It’d be a good idea to get checkups regularly and take supplements to ensure that your health is in tiptop shape.

FEBICO has Premium Chlorella CV-66 Vulgaris, which has been approved to be a triglyceride lowering health food by the Taiwan Department of Health Authority. It lowers triglycerides significantly and a study done by National Taiwan Ocean University has shown that CV-66 lowers the triglyceride level by 34% in just eight weeks! It also has the many benefits of chlorella, such as improving your digestive system, removing heavy metals and dioxins, and normalizing blood sugar and blood pressure. FEBICO's CV-66 also has a special patented 'Cracked Cell Wall' process that enhances the chlorella absorption rate from 40% to 80%. Other than taking the preliminary measures such as going to sleep early, quitting smoking or drinking, etc, everybody should also be taking good care of his or her body by taking the right supplements to do so.