FEBICO invested almost 10 years of R&D in the self cultivation of their organic spirulina FEM101 to extract the purest water soluble Apogen microalgae protein. In a research collaborated with the Graduate Institute of Biomedical Sciences of Chang Gung University in 1999, FEBICO found that the Apogen microalgae protein contains APC, CPC which is proved to effectively control and resist Enterovirus 71, Influenza virus A / B type, delay virus replicating speed, and slow down the process of aptosis. This research is patented in the United States (US patent 6346408) and Taiwanese patent ( TW patent I 272947), and was published in the Journal of Medical Virology 2003 70:119-125). Apogen is a anti-viral and immune boosting supplement. 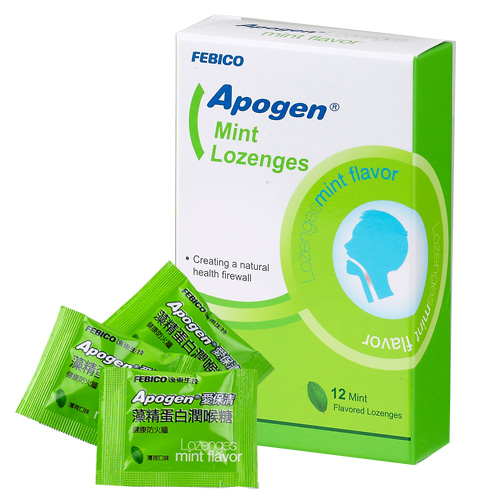 FEBICO's Apogen Mint Lozenge's main ingredient consists of a patented extract from the self-produced microalgae Spirulina- Apogen Phycobiliprotein Protein. Research has proven that it is an immune booster and capable of preventing viruses such as the Enterovirus, Rotavirus, and Influenza. The Apogen Phycobiliprotein can form a protective layer to prevent the intrusion of viruses, similar to the effects of putting oxygen masks onto cells, simultaneously forming a protective firewall around people's health. The Apogen Mint Lozenges contains no harmful products, and can be consumed by children from the age of 1and even pregnant women. Adults should take 1 to 2 lozenges per day. Increase dosage (3-4 times daily) during infections.

For protection against all sorts of viruses, the concept of “Prevention rather than treatment” should be emphasized. Apart from the regular exercise and balanced dieting to increase immunity, it is often recommended to avoid public areas, wash hands often, wear masks, and to use FEBICO's Apogen Mint Lozenges to boost the immune system of the whole family. 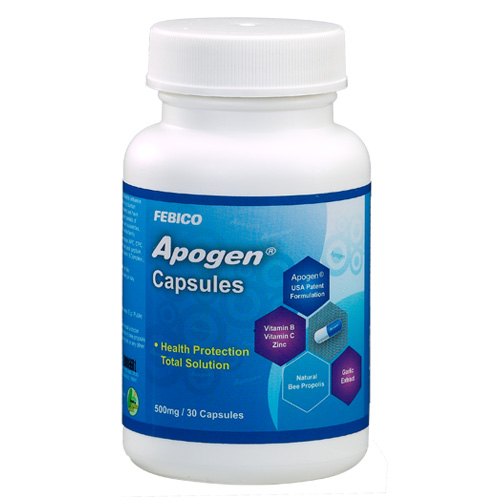 Apogen Capsules is a natural remedy that provides sufficient nutrition sources such as, vitamin B group, essential amino acids, trace elements, etc., Balancing the required nutrition the body needs even on a busy day.

Apogen Microalgae Protein Capsules were especially designed for the working class as described above. Using nutritional balanced organic spirulina as a basis, providing sufficient nutrition sources such as, vitamin B group, essential amino acids, trace elements, etc., to balance the required nutritions the body needs even on a busy day. Rich vitamin B group and essential amino acids have the ability to speed up metabolism, enabling one to become vitalised and energetic. These elements also have the ability to adjust the body into alkaline body types which are less prone to sickness, ensuring the healthiness of the body. Combined with the patented protein extract from organic spirulina known as ApogenR, this ingredient can boost the immune system and prevent the attack of viruses in the environment such as Influenza virus, enterovirus, rotavirus and other viruses from entering the human body. These viruses are apparent in all four seasons of the year, and more serious conditions may lead to more sever complications. Therefore, the prevention of such viruses cannot be ignored and must be taken seriously.

Since the domestic enterovirus 71 outbreak in 1998, many are now looking for a new method of fighting the virus. A most unique method is to use the active ingredients in microalgae to combat against the virus. Mr. C.C Chiueh, the president of the Taiwan Phycological Society says mentions that microalgae such as chlorella, spirulina and red algae all have cell wall fibers have microvoids that can integrate with toxic substances and then be excreted out of the system.

Apogen Microalgae Protein is a water-soluble extract from self-cultivated organic spirulina, also known as phycobiliprotein, which consists of C-phycocyanin (CPC), allophycocyanin (APC), spirulina growth factor (SGF), sulfated polysaccharide, nucleic acid, peptide, amino acids and minerals. According to the study by Chang Gung University, microalgae protein has the ability to prevent and inhibit enterovirus 71, influenze A/B, Coxsackie A/B virus, and echovirus. In a influenza virus experiment, it also showed the ability to effectively prevent influenza type viruses from infecting cells. The results of this study was so significant that it had also obtained ROC patent (I 295688), and also published in an international journal known as the Journal of Medical Virology May 2003,70:119-125. 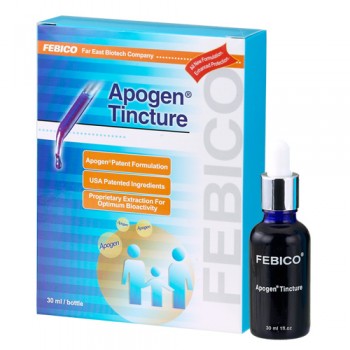 Apogen® is the all natural health supplement based on microalgae extract formulation that creates a health firewall in your body. Apogen is a nutritional... 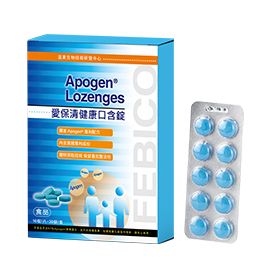 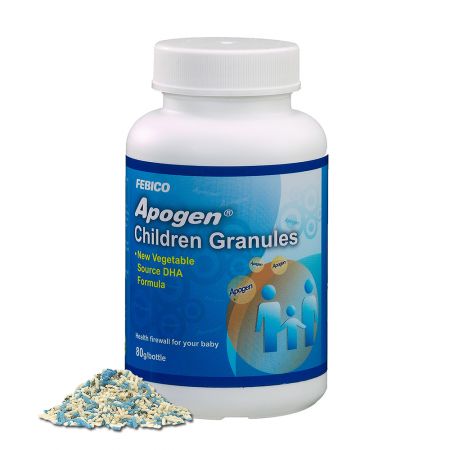 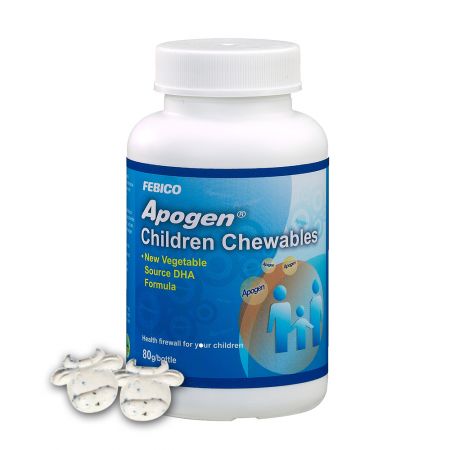 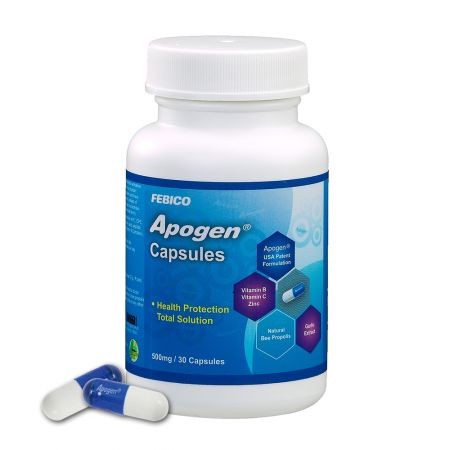 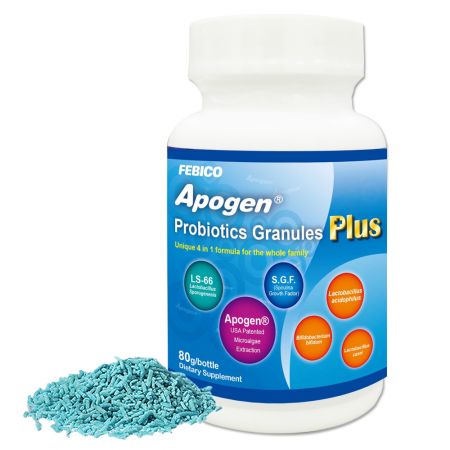 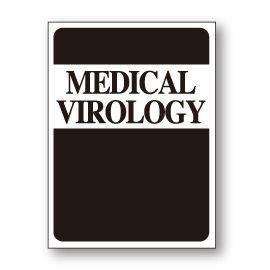 A research paper published in the Journal of Medical Virology 70:119–125 (2003) based on Apogen's abilities to inhibit viruses. We have also conducted...

FEBICO has been offering customers 100% natural and pollution-free microalgae, both with advanced technology and 40 years of experience, FEBICO ensures each customer's demands are met.