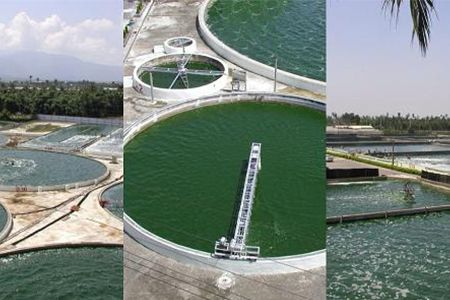 FEBICO is the world leading microalgae manufacturer of Organic Spirulina, Organic Chlorella, Spirulina natural, Chlorella natural, nutritional supplements and using its advanced fermentation facilities to produce high quality nattokinase and spore-forming probiotics. FEBICO has more than 4-decades of professional experiences in microalgae production and proudly won the world renowned reputation for its best and cleanest quality Spirulina, Chlorella. FEBICO is committed to provide highest quality microalgae superfoods and health supplements to our global customers along with our best services.

FEBICO has a 140,000 m2 manufacturing site with over 60 microalgae culture ponds in beautiful Ping-Tung County at southern Taiwan. With our proprietary technology, our yearly production capacity can reach more than 1,000 tons microalgae. Our clients are located mostly in Japan, Europe, and US. FEBICO's mission is to provide quality microalgae products to serve public's nutritional, cosmetic, and biomedical needs.

FEBICO's microalgae is cultivated in pure mountain spring water from Mt. Da-Wu. It is located in an environmentally unpolluted area submerged with constant sunlight. Yearly average temperature is around 25℃. It is the most beautiful and ideal site for Spirulina and Chlorella cultivation.

FEBICO's Organic Chlorella and Organic Spirulina have been certified by German Naturland organization every year since 2001, along with USDA Organic Certification to guarantee there are no synthetic fertilizers, chemicals, herbicides, pesticide used or contaminated during the production and packaging process.

Through years of research experiences and investment, FEBICO has extracted a natural substance Apogen to effectively prevent infections and replication of enterovirus 71 and influenza A, B. Studies has published in the Journal of Medical Virology 70:119-125 (2003) and approved by US patent (US6346408) in 2001.

FEBICO's founder, Known as “ The Father of Microalgae” in Taiwan. Mr. C. C. Chiueh built upon the resources and the competitive advantages of its parents company FEMICO, to develop a biotech based microalgae research company. FEBICO has its dependent in-house microalgae laboratory; endeavors in developing a series of microalgae biotech merchandises. Our professional microalgae research team engineers a series of programs in altering the special ingredient from microalgae to high valued bio-tech merchandises, including nutraceuticals, cosmetics, immuno diagnostic reagents, and anti-virus reagents.

Publication:
The Secret of Spirulina

Based in Taiwan since 1976, Far East Bio-Tec Co., Ltd. has been a chlorella, spirulina and dietary supplements manufacturer. Their main products include, Organic Spirulina, Organic Chlorella, Spirulina Natural, Chlorella Natural and Nutritional Supplements.